today we are glad to announce a new beta version of the ownCloud Android app.

Which features is 2.7.0 beta going to include?

We are aware of the importance of making the ownCloud Android app more secure, so we have included support for two new lock methods: 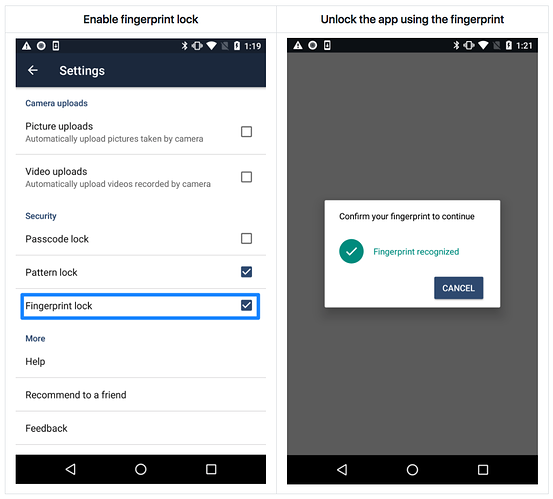 Apart from the security stuff, the coming version will include a new feature that will make the uploads more flexible, enabling us to upload pictures directly from the camera (contribution by @sd1998). To include this new option, we have created a new bottom menu. 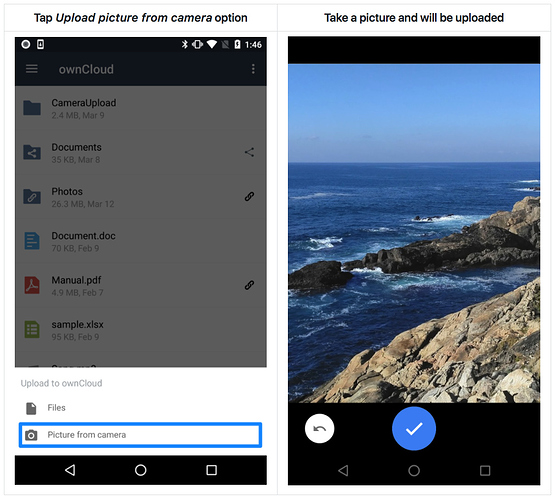 Another interesting and demanded feature is the GIF support. With this new feature, we can reproduce our animated GIF images.

When new users install the ownCloud Android app for the first time, we want them to know at a glance what the app is able to do. Besides, it's important that the users have an overview of the new features included in a new version after upgrading. That's why we have included a new wizard.

And last but no the least, some improvements and bug fixing:

How can I join the new beta program?

As you have probably noticed, there's no separate beta app in PlayStore anymore since we are going to use a new beta program.

If you want to join the new beta program in PlayStore, you will need to have the last app version installed. If you already have the last version installed, go to ownCloud app in PlayStore and scroll down to the end of the view; there you will see a new tab like the one below, just press the I'M IN button to join and your final app will be replaced with the beta one.

How can I send my feedback to ownCloud developers?

If you find a bug or want to make any suggestion, please participate in one of these channels:

Just play around with it!